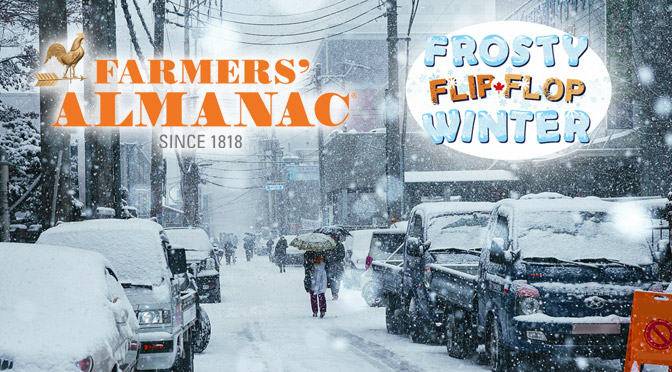 According to the Farmer’s Almanac, January 2022 temperatures will average out milder than normal over much of Eastern and Central Canada, particularly during the first half of the month with a trend toward colder weather toward month’s end.
February, on the other hand, looks very cold, particularly across the Prairies and Rockies. British Columbia won’t be as frigid, but even out there, an unseasonable chill will be evident during the second week and again during the final days of the month. Read the full article at https://www.farmersalmanac.com/canadian-extended-forecast.

In the U.S., this winter will deal an icy combo of above-average snowfall and below-average temperatures in the New England area, as well as parts of the Appalachian region, the Ohio Valley and the northern part of the Deep South. Interestingly enough, it predicts a colder and snowier-than-usual winter for southern New Mexico, as well. Read more at https://www.usatoday.com/story/news/nation/2021/09/01/old-farmers-almanac-predicts-cold-winter/5665506001/.